We are now into what is being dubbed “The Summer of VR,” and it is off to a busy start.

It kicked-off with that visit to the Technology Show & Tell of the North Shore T.E.C.H. Meetup back on May 25th.

Then on June 8th there was a day trip to New York to attend the NYC VR University Unity Developer Group Meetup’s VRmicro Summit at the NYU Game Center.

It was was pouring down rain most of the day, but that didn’t prevent a quick jaunt up to catch a Hololens demo at Microsoft’s Flagship store. 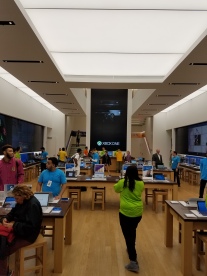 That visit didn’t actually turn out “quite” as expected, but it did lead to what might be another excellent adventure in the not-too-distant future.

The VRmicroSummit itself turned out to an informative event.

Location details are available to members only.

VRmicroSummit – June 8th – NYU Game CenterNo need for plane tickets, hotels, or even the sacrifice of a weekend. Get yourself caught up in the latest VR/AR production techniques with these exciting educational workshops for all ages led by nyc’s top Certified Unity® Developers.VR, AR, 360, Fame, Fortune, Knowledge, Community, Cookies, and Unity®…

Lex Dreitser and his crew gave a series of very enthusiastic presentations.

Of course, being the computer history buff that I am, it didn’t hurt that the event was hosted at NYU Game Center’s library full of vintage computer games.

Once all the rain cleared out, the view’s weren’t bad either.

The next stop on the VR blitz was exhibiting at an Edtech Product Showcase at the Deshpande Symposium for Higher Ed that was hosted at the Innovation Hub of the University of Massachusetts – Lowell on June 13th. It was a fun time where we got to introduce the power and importance of VR to a wide range of Higher-Ed. decision makers and thought leaders from around the country.

Mary and her toys

Finally, last but not least, there was a stop to catch the “Google I/O Recap – Lightning Talks” sponsored by Google Developer’s Group Boston Meetup and hosted at Kayak that is located right down the street at Cambridge’s own Galleria Mall. 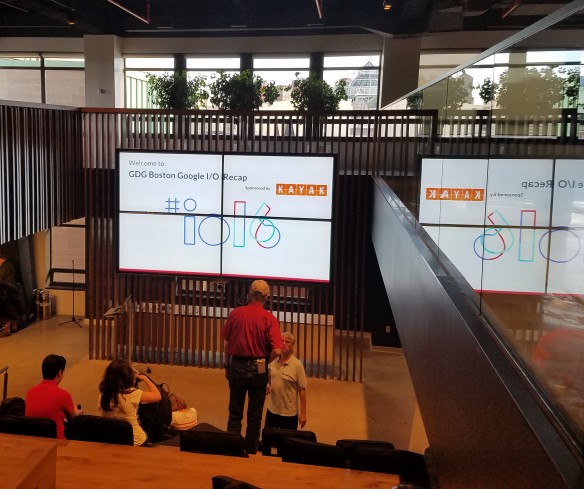 Hi folks!I’m delighted to announce that we have 9 great talks about what our developer community is most passionate about planned for Tuesday 6/14. Our roster includes three developer authors.Here’s a short summary of what is in store:Adam Stroud: He will give a talk about Espresso testing. He was the Android lead at RunKeeper and authored the b…

The highlight of the evening was Jonathan Linowes’ talk about Google VR Strategy. 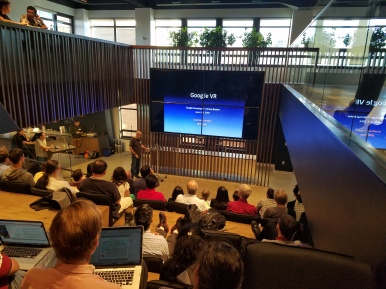 The good news is that he even, very kindly, posted his slides.

Whew! Busy, busy! But, it is the best kind of busy to be, and there’s a lot more coming up. Below are two public events where you can catch us in July, and stay tuned for more…

Virtual Reality (VR) and Augmented Reality (AR) are poised for rapid growth and Tech in Motion Boston is excited to showcase companies that are revolutionizing this sector of the tech industry! Join us Thursday, July 28th at Fragomen’s Headquarters for our classic Demos & Drinks event – Immersive Tech edition! There is no formal agenda for this eve…