It has been a relatively quiet time for the nascent VR/AR/MR/XR market lately, and so Digital-Den has been chugging along, doing some projects and demos, while mostly waiting and watching to see where the market will go. There have been some interesting new developments, but nothing special enough to make a big deal about here in this blog. That’s about to change, though.

A visit to the first Miami VR Expo held at Magic City earlier this month provided a refreshing taste of a new hot spot in the industry worth keeping an eye on. 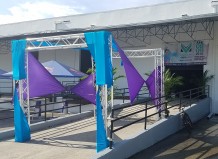 The visit also provided a glimpse into some important trends in the industry, and the most obvious among those is the rise of VR venues like Miami’s VR Park. 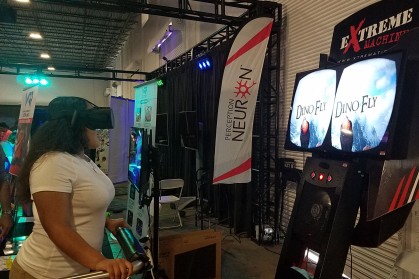 Venues like The Void have been around in a few cities like New York for quite awhile, but now VR venues are springing up all over the place. Dave and Buster’s well publicized foray into the market with this month’s introduction of Jurassic World VR Expedition in over 100 of their locations across the U.S. and Canada could very well solidify the VR market in this direction.

That trend, combined with the emergence of low cost authoring solutions for web-based 3D and 360° media, could finally take VR and its close relatives AR and MR out of the lab and into the mainstream for good.

This could turn out to be a very interesting year for VR and and Digital-Den!